Salmon Carter built the Carter House, an example of Greek Revival architecture, in 1835 for his second wife, Lydia. Additions were constructed in 1847 in the same Greek revival style of 1835 house. After Salmon Carter's death in 1854, Willis Strickland purchased the home and farm property and then in 1860 he enlarged the home with a single story addition to the rear. In 1912 an addition was added to the rear of the home and a second story above the rear addition. This created a separate apartment. The home served as the Society’s museum from 1962 to 1968. The Carter House is furnished with period items and is open for tours. It is also available to rent for small parties. 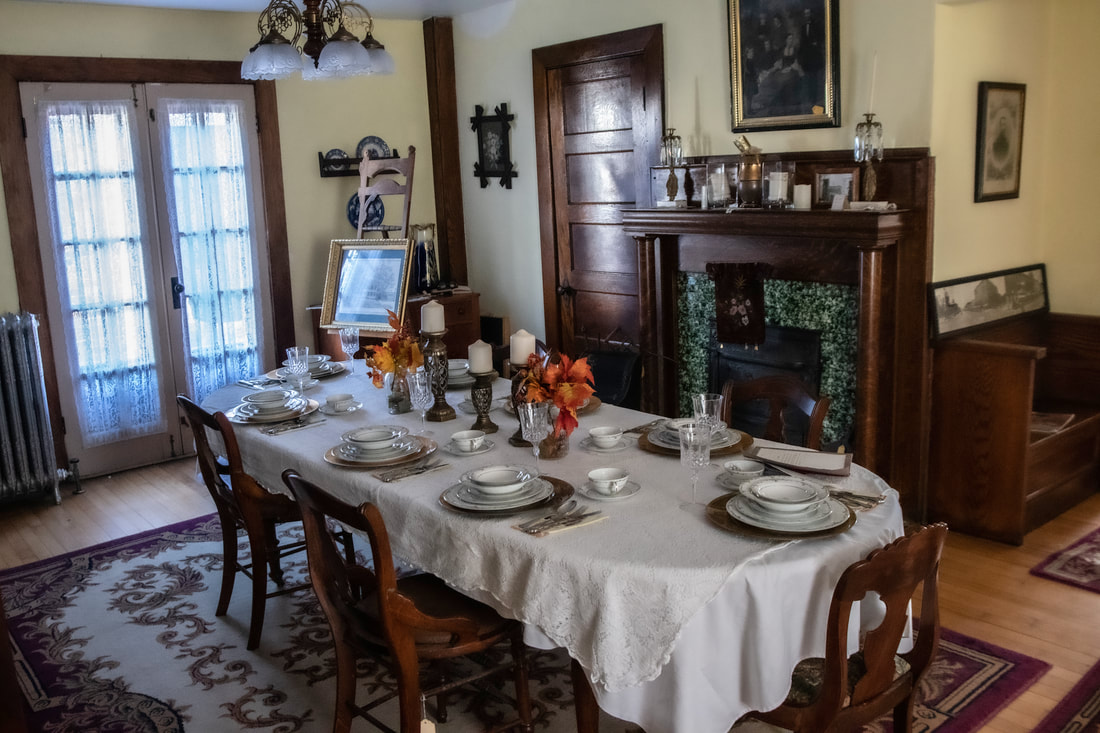 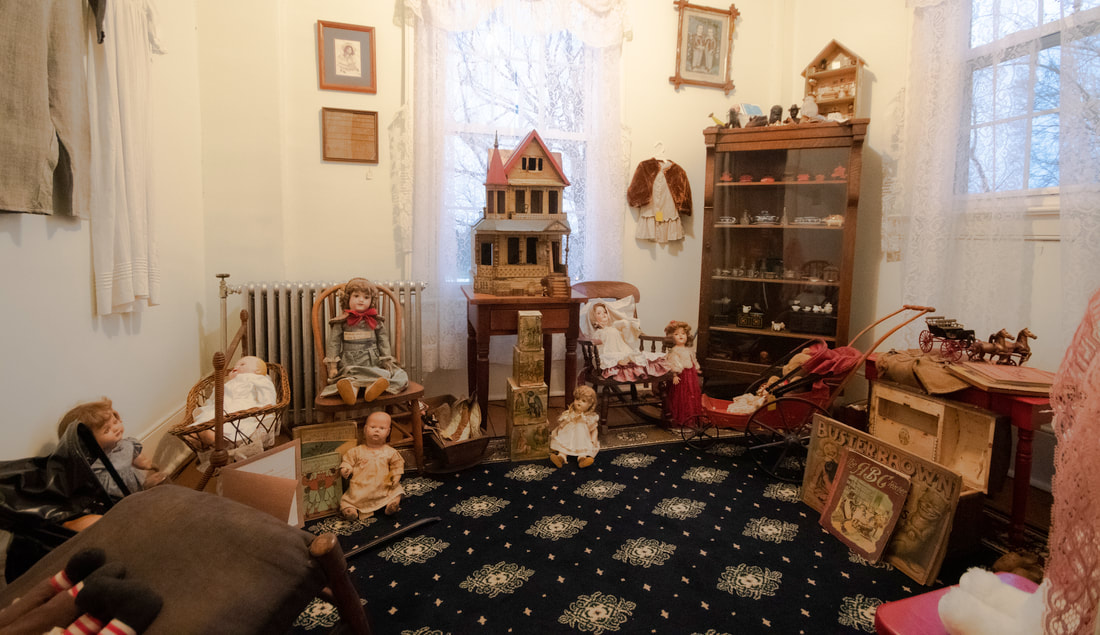 The Carter House is a notable example of a Greek Revival farmhouse built by one of the first generation settlers in the Western Reserve in 1835. Salmon Carter purchased land in Ravenna in 1811. For many years he operated a tavern in the center of the village, but when his first wife became ill he sold the tavern and moved back to the farm property he had purchased in 1811. Proceeds from the tavern sale paid for the home which he then occupied with his second wife, Lydia. As Salmon was 63 years old and his second wife 12 years his junior, the children were grown and there was no need for a large home.

The original home built by Salmon Carter in 1835 was a temple front side entry Greek Revival residence which replaced an older log home on the site. With its gable end facing the street, the home was intended to take on the appearance of a Greek temple, as American society consciously tried to link itself with the democratic and cultural traditions of ancient Greece. Although a relatively small building in its original form, it was a home of some pretension. It was a full two stories, and had a complete pediment, the triangular gable end. Although it does not have free standing columns or pilasters supporting the pediment like more elaborate homes of the day, the entry door with its side lights and elaborate moldings was a definite statement regarding the status of its owner.

The side entry plan of the 1835 house with the corridor running front to back easily accepts additions to the side and rear of the home. One of these anticipated additions was constructed in 1847 in the same Greek Revival style of 1835 house. This side addition with a full porch created an Upright and Wing form, one of the most common ways of enlarging a Greek Revival home. Built when Salmon Carter was 80, it probably enabled the older couple to move downstairs by shifting the kitchen functions to the addition, leaving the former main room as a bedchamber.

After Salmon Carter's death in 1854, Willis Strickland purchased the home and farm property. A wealthy farmer, Strickland owned land in many neighboring townships in addition to his extensive holding in Ravenna. He repaired the fireplaces in the 1835 home (which caught fire in 1853), and then in 1860 he enlarged the home with a single story addition to the rear. This addition probably had a porch to the north and served as the new kitchen area.
​
Ten years later he built the brick home to the south, leaving the Carter House as a residence for his married son who farmed with him. The construction of the brick residence probably saved the Carter House from an extensive remodeling, keeping the front rooms close to their original 1835 and 1847 forms. The property remained in the Strickland family hands, with several generations occupying the brick home and using the Carter House as a residence for extended family or farmhands.

In 1912 an addition was added to the rear of the home and a second story above the rear addition. This created a separate apartment above with its own interior stair, kitchen, and bath. The porch was filled in and a large dining room was created, complete with new oak moldings, doors, and a fireplace. This was where farmhands were fed, and served as the main living area while the front rooms in the 1835 and 1847 portions of the home were reserved for more formal events.

The last owner of the home, Charlotte Strickland, returned to Ohio to retire close to her brother, G. W. Strickland, and inherited the entire property after his death. In 1962 Charlotte Strickland agreed to sell the property to the Portage County Historical Society, with the agreement that she would live in the rear portion of the home. Repairs were initiated in the front sections of the house, and in 1965 the adjacent museum was built. The 1835 and 1847 portions of the Carter House are relatively unchanged from the time of their construction. The fireplace wall in the 1835 home has been rebuilt, the parlor mantel replaced, and the fireplace upstairs in the bedchamber was eliminated. However, the handsome stair, the trim surrounding the windows, and the wooden timbers visible in the outer corners of the rooms are all elements of the original 1835 house. In contrast, the rear portions of the home were altered as required to house extended family and farmhands. In the early 20th century farmers increasingly had to provide housing for farmhands to ensure a stable work force. The Carter House was pressed into service to house (and feed) laborers on the
dairy farm.

​One of a dwindling number of farmhouses from the early period of settlement of Northeast Ohio, it is an important cultural artifact recording the life of the early settlers of Ravenna.
Portage County Historical Society